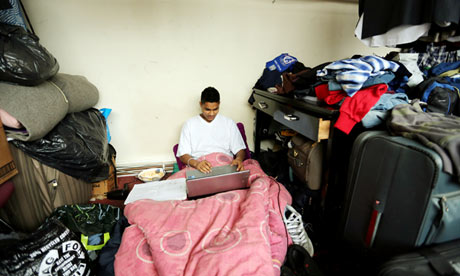 • This article was amended on 23 November 2012 because the original said Haringey can no longer offer specialist welfare benefit advice, and that from next April there would not be a single CAB welfare benefit specialist working in Haringey. To clarify: this was a reference to legal-aid-funded welfare benefit specialists, funding for which is being withdrawn; the CAB has asked us to point out that its advisers will continue to give quality-assured welfare rights advice. A reference to funding for mental health work was also clarified. Further, the quote beginning "We're like the canary down the mine…" was originally misattributed to Markos Chrysostomou.